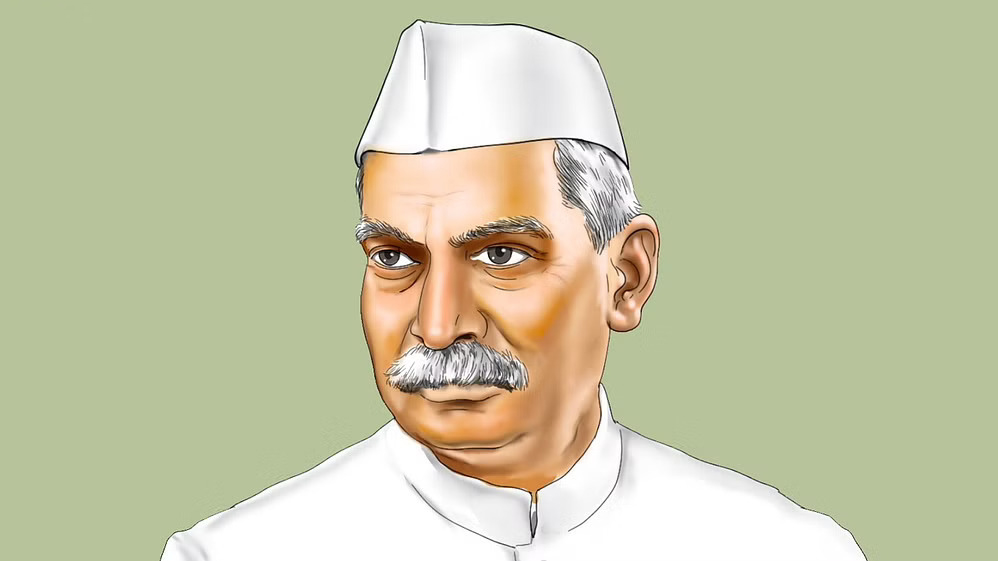 Dr Rajendra Prasad was the first president of the Republic of India, a position he held from 1950 to 1962. He was a prominent Indian politician, lawyer, independence activist, journalist, and academic. He became a prominent leader in the Bihar and Maharashtra area after joining the Indian National Congress during the Indian Independence Movement. Dr Rajendra Prasad was jailed by the British during the Salt Satyagraha in 1931 and the Quit India movement in 1942 for his support of Mahatma Gandhi. Dr Rajendra Prasad was appointed cabinet Minister for Food and Agriculture following the 1946 elections for the Constituent Assembly. After India gained its independence in 1947, the Constituent Assembly of India, which drafted the country’s constitution and acted as its interim parliament, elected Dr Rajendra Prasad as its president.

Dr Rajendra Prasad was chosen as the country’s first president by the Constituent Assembly after India became a republic in 1950. Prasad left Congress party politics behind after being appointed president and began a new tradition of non-partisanship and presidential independence. Although he was only head of state ceremonially, Prasad advocated for improving education in India and provided guidance to the Nehru administration. Prasad was re-elected president in 1952 and 1957, making him the only president in history to fulfill two complete terms. Prasad’s 12-year tenure in office was the longest of any president. After his term ended, he resigned from Congress and established new guidelines for lawmakers that are still in effect today.

During the time of the British Raj, Rajendra Prasad was born into a Kayastha family in the village of Ziradei, in the Siwan district of Bihar. His father, Mahadev Sahai Srivastava, was a scholar of the Persian language in addition to Sanskrit. Kamleshwari Devi, his mother, was a religious person who often read to him from the Ramayana and Mahabharata. He was the youngest of four kids. His older siblings were a brother and three sisters. Because his mother had passed away when he was young, his older sister raised him. He tied the knot with Rajavanshi Devi in June 1896, when he was just 12 years old.

After completing primary school, he was sent to Chapra District School. He subsequently went to TK Ghosh’s Academy in Patna for two years along with his elder brother, Mahendra Prasad. He aced the University of Calcutta’s admissions test, earning himself a monthly scholarship of Rs 30.

In 1902, Prasad enrolled at Presidency College, Calcutta, where he studied science. He attended the University of Calcutta, where he received his Bachelor of Arts in March 1904 and his Bachelor of Science in March 1905, both with honors. An examiner once wrote on his paper, “examinee is better than the examiner,” clearly impressed by his brilliance. In December 1907, he attended the University of Calcutta and graduated with a Master of Arts in Economics, where he received a first-class honors degree. He shared a room with his brother in the Eden Hindu Hostel. He was an active member of The Dawn Society and a dedicated student. Due to his sense of responsibility to his family and education, he refused to join the Servants of India Society as his mother died and his sister became a widow at 19 and had to return home.

In 1906, Prasad helped organize the first Bihari Students Conference at Patna College. It was India’s first organization of its kind, producing notable leaders from Bihar like Anugrah Narayan Sinha and Krishna Singh, who were instrumental in the Champaran Movement and Non-cooperation Movement.

Dr Rajendra Prasad worked as a teacher in several educational institutions. After receiving his master’s degree in economics, he taught English at Langat Singh College, Muzaffarpur, Bihar, and eventually became the college’s principal. However, he moved to Ripon College, Calcutta to study law (now the Surendranath Law College). While attending law school in Kolkata in 1909, he taught economics at Calcutta City College.
In 1915, Prasad took the master’s in law exam at the University of Calcutta’s Department of Law. He passed the exam and got a gold medal. He earned his doctorate in Law from Allahabad University. He joined the Bihar and Odisha High Court in 1916. In 1917, he was selected to serve as a founding member and faculty member at Patna University. He also worked as an attorney at Bhagalpur, Bihar’s famed silk capital.

In response to Gandhi’s call for a boycott of Western educational institutions, he had his son Mrityunjaya Prasad withdraw from school and enroll at Bihar Vidyapeeth, an institution he and his colleagues had established based on the traditional Indian education system.
He met the writer and polymath Rahul Sankrityayan during the independence movement. For Rahul Sankrityayan, Prasad was a guiding intellectual light and spiritual master. He wrote extensively about his interactions with Sankrityayan, often providing detailed accounts of their meetings. As a revolutionary, he contributed to and raised money for the magazines Searchlight and the Desh. He travelled extensively to educate, lecture, and encourage the independence movement’s principles.

When devastating floods hit Bihar and Bengal in 1914, he jumped into aid. Prasad was jailed on January 15, 1934, the day a devastating earthquake struck the Indian state of Bihar. At that time, he delegated his relief efforts to his trusted associate, Anugrah Narayan Sinha. Two days after his release, on January 17, 1934, he established the Bihar Central Relief Committee to raise money for the victims of the disaster. He founded and presided over the Quetta Central Relief Committee in Sindh and Punjab after the 31 May 1935 Quetta earthquake, when he was barred to leave the country by government order.

In October 1934, during the Congress’s session in Bombay, he was elected President of the Indian National Congress. Once again he assumed the presidency after Subhash Chandra Bose resigned in 1939. On August 8, 1942, in Bombay, the Congress passed the Quit India Resolution, which led to the imprisonment of numerous Indian leaders. Following his capture in Patna’s Sadaqat Ashram, Prasad was taken to the Central Jail in Bankipur. On June 15, 1945, he was finally released from prison after having spent nearly three years inside.

On 2 September 1946, after Jawaharlal Nehru formed the Interim Government of 12 nominated ministers, he was given charge of the Food and Agriculture department. On December 11th, 1946, he was elected as the Constituent Assembly’s new president. On 17 November 1947, after JB Kripalani resigned as Congress President, he took over for the third time.

On 26 January 1950, just over two and a half years after India gained independence, the country’s new Constitution was adopted, and he was sworn in as the country’s first President.

Prasad was impartial as President of India, according to the Constitution’s mandate. As India’s ambassador, he made extended trips around the world to foster relationships with other governments. As the only Indian President in history, he was re-elected to two more terms, in 1952 and 1957. During his presidency, the Rashtrapati Bhavan’s Mughal Gardens were opened to the public for the first time; since then, they have become a major tourist attraction in Delhi and across the country.

Prasad avoided becoming involved in partisan politics and instead fulfilled the constitutionally mandated duties of the president. In the wake of the controversy surrounding the passage of the Hindu Code Bill, he assumed a more proactive role in the running of state affairs. He had been president for 12 years when he announced his retirement in 1962. On May 14, 1962, he returned to Patna after resigning as President of India, and he stayed on the campus of Bihar Vidyapeeth. He was then given the Bharat Ratna, which is the highest civilian award in the country.

On February 28, 1963, at age 78, he passed away. Patna, India is home to the Rajendra Smriti Sangrahalaya, named in his honor.

This website uses cookies to improve your experience while you navigate through the website. Out of these cookies, the cookies that are categorized as necessary are stored on your browser as they are essential for the working of basic functionalities of the website. We also use third-party cookies that help us analyze and understand how you use this website. These cookies will be stored in your browser only with your consent. You also have the option to opt-out of these cookies. But opting out of some of these cookies may have an effect on your browsing experience.
Necessary Always Enabled
Necessary cookies are absolutely essential for the website to function properly. This category only includes cookies that ensures basic functionalities and security features of the website. These cookies do not store any personal information.
Non-necessary
Any cookies that may not be particularly necessary for the website to function and is used specifically to collect user personal data via analytics, ads, other embedded contents are termed as non-necessary cookies. It is mandatory to procure user consent prior to running these cookies on your website.
SAVE & ACCEPT
Go to mobile version